If any readers are friendly with commercial real estate junkies, they’ll already have heard an earful about how industrial and multi-family properties are where the smart money is being spent by CRE investors. But with unemployment still over 10 percent in August, and rents in some of Canada’s tightest markets showing signs of softening, investors eyeing the multi-family space for the first time may feel there’s reason for worry.

Not so, says Geoff McTait, executive director of origination for Timbercreek in Canada.

“The underlying fundamentals of this market are exceptionally strong here in Canada,” he says. “We continue to see a significant shortfall in terms of new supply meeting demand. That remains true, even once things normalize post-COVID.”

McTait does, however, acknowledge that the pandemic has thrown the tiniest of wrenches into the gears of the multi-family space in the form of increased vacancies and falling rents.

He says the rise in vacancies that Timbercreek has been tracking could be tied to several issues: a significant drop in immigration, an increase in the number of renters taking on roommates to cover their expenses, or unemployed apartment dwellers returning home.

“I think a lot of people are moving home,” he says.

The same factors are contributing to an overall softening in rents, which has made for some tasty headline fodder in Toronto and Vancouver. But McTait feels rents, like housing prices, could see significant growth once the economy levels out, immigration returns to normal levels and those renters who moved home temporarily are ready to get back out on their own.

“Normalization will occur,” he says. “Demand will return, which will put pressure back on pricing. And I think you’ll continue to see a shortage on the new supply side of things coming to the market.”

Where’s the demand? Follow the jobs
With densification being the order of the day in most space-starved metropolitan areas and smaller buildings being economically unfeasible for most developers, McTait says much of the future demand will be for mid- to high rises, even outside major urban areas.

But he is less convinced by the concept of the urban exodus many market hounds have been touting since the beginning of COVID-19. He says most people will still want to live within an hour or so of their employers in case they need to commute part-time or access their offices.

“The suggestion that people will go to rural locations is a nice idea at this point in time – certainly it’s more affordable – but I don’t think it’s necessarily a solution nor practical in the long-term,” he says. “Employment opportunities will continue to dictate where people live and how they live, and that will continue despite the fact that we have this new potential to work from home.”

It’s little surprise, then, that McTait identifies areas like the GTA, Greater Vancouver, and Greater Montreal as markets poised for strong growth in the multi-family sector. But surging secondary markets like Hamilton, Quebec City, and Kitchener-Waterloo will also attract attention thanks to their affordability, strong employment environments and continued population growth.

Even multi-family markets in Canada’s more problematic economies, like Calgary and Edmonton, have “pleasantly surprised” McTait. There may not be a slew of demand for new properties in these cities, but current demand levels are strong enough to support the existing inventory.

“Multi-family, more broadly, is really the one asset class that we’ve seen over time, from primary, secondary, even into tertiary markets, where you do, in general, see strong demand, even in the tougher markets,” where vacancy ranges from three to seven percent, he says.

And Timbercreek isn’t the only company bullish on the future of multi-family real estate in Canada. In its recent Multi-Family Market Update for Victoria, BC, Colliers International said multi-family properties continue to outperform many other asset types.

“This sustained performance leads many to believe that the asset class will weather the storm of the crisis and thrive in the recovery,” reads the report. 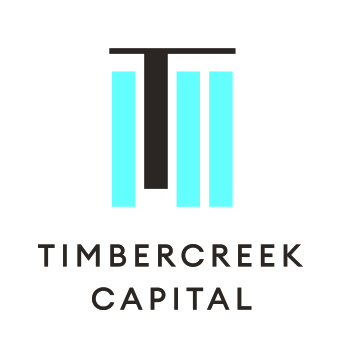 If any readers are friendly with commercial real estate junkies, they’ll already have heard an earful about how industrial and multi-family properties are where the smart money is being spent by CRE investors.